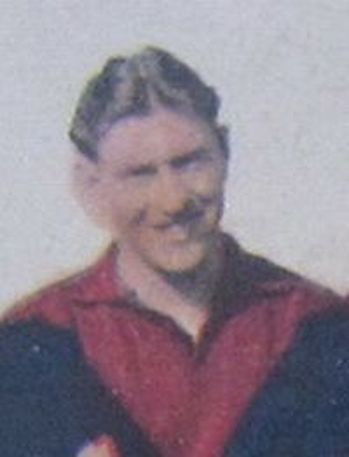 Photo courtesy of Wikipedia
Stanley first played team-football when he was at Brighton Technical School. He went on to play 54 games with Melbourne in the Victorian Football League (VFL) wearing jumper number 31.

In 1946 he played from the back pocket (as a defender) in a losing Grand Final and in Melbourne’s 1948 Premiership team Stan was a 'follower'. In 1948, Stan was a Victorian interstate representative.

In 1951, Stan went to Wodonga as captain-coach. At the time his measurements were recorded as 6 feet and 1 inch tall (185cm) and 13 stone in weight (82kg).  He was known for his superb marking, speed and judgment and was an excellent drop-kick.  Stan also enjoyed playing basketball and was employed in a printing establishment.