He was born on the 5th. August, 1898 at Creswick, Victoria.   His father was of Spanish stock and his mother was of Scottish descent.

​Having won a senior technical scholarship awarded by the Victorian State Government, he entered the Ballarat School of Mines, Art and Industry in 1914 to study architecture. 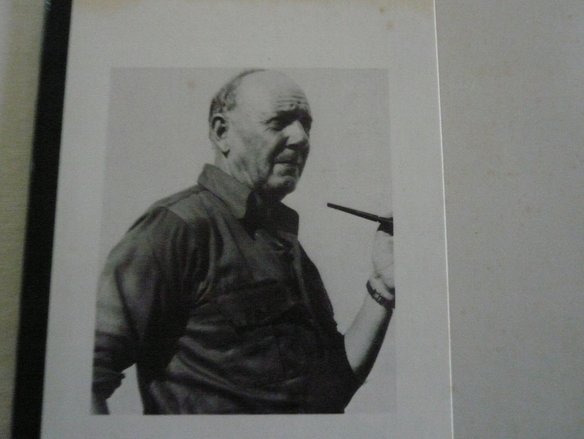 Following his return to civilian life Allan Bernaldo studied for his D.T.S.C. (Com. Art Cert.), at Ballarat Technical Art School.   On his completion of his course at Ballarat Technical Art School, under the tutelage of Harold B. Herbert, Allan joined the Victorian Artists’ Society, having been proposed by Harold Herbert and seconded by James McNally, both of whom were supportive when Allan presented his paintings at the next exhibition at the Society’s Albert Street, Galleries.

His debut went well and while an active member of the Society he always managed to sell at least one painting each exhibition.

In 1920 Allan Bernaldo moved to Melbourne and took his first job with the Successful Advertising Agency in Collins House.   The experience gained over the subsequent two years as a commercial artist, plus his previous studies, enabled him to enter the teaching profession as Industrial Art Teacher at Brighton Technical School in Berwick Street, Brighton.

The Brighton Technical School Magazine, "Sea Spray", records the name A. T. Bernaldo for the first time in 1924. 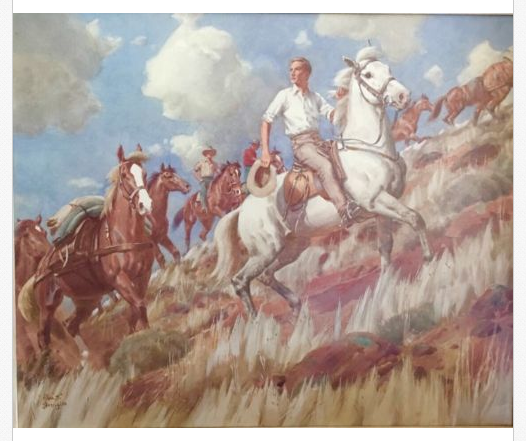 Original Water Colour Painting by Allan Thomas Bernaldo. Signed. Offered for sale in 2017. Price $22,770.
The marriage of Miss Florence Elliott, second daughter of Mr. and Mrs. A. E. Elliott of Brighton, formerly of Ballarat, Victoria, to Allan T. Bernaldo was reported in “The Sun” Sydney, on the 2nd. September, 1928.   The marriage was celebrated by Canon Howard Lea at St. Mark’s Church, Darling Point, Sydney.

It then became apparent to Allan that the ‘miserly’ salary of a technical school teacher would not be sufficient to run his household, so he ‘moonlighted’ as a commercial artist to enhance his financial position.   He instructed three evenings each curricular week at Brighton Technical School – the night classes formed an important aspect of the school – and took time off during the daytime to pursue his passion for painting with water colours. 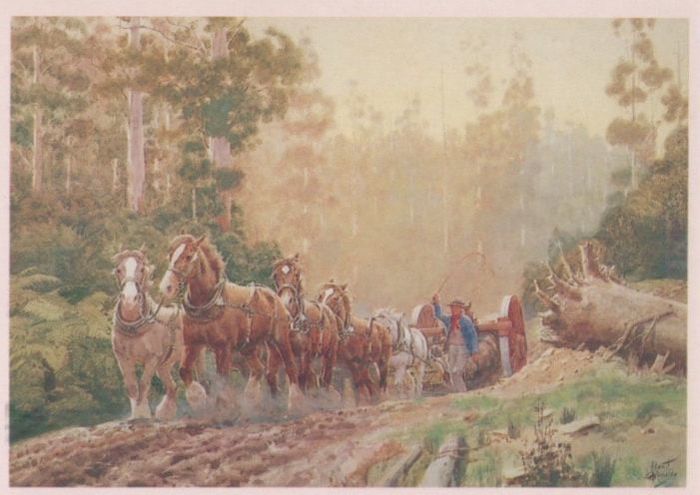 In 1948, the name A. T. Bernaldo, D.T.S.C. Com. Art. Cert. appeared in the staff lists of the Brighton Technical School Magazine “Sea Spray”, for the last time.  His home address was 9 Norwood Avenue, Brighton.
Having reached the end of his notable teaching career, Allan enjoyed his new-found freedom to pursue his artistic ambitions full time.   He and his wife travelled to Europe and the United Kingdom where Allan painted extensively.

Allan Bernaldo continued to consolidate his position in the art world until his death on the 25th. June, 1988.   He died at St. Ronan’s Nursing Home in Armadale, Victoria.

After a service at Springvale Botanical Cemetery, Allan Thomas Bernaldo was buried in the grave with his wife Florence Victoria May Bernaldo, who died in November, 1966.   Grave Reference :  HN Featonby Lawn, Row U, Grave 27.

In the year 2017 the paintings of Allan Thomas Bernaldo are held in high regard and are regularly advertised for sale with prices ranging from $399 to $22,770. 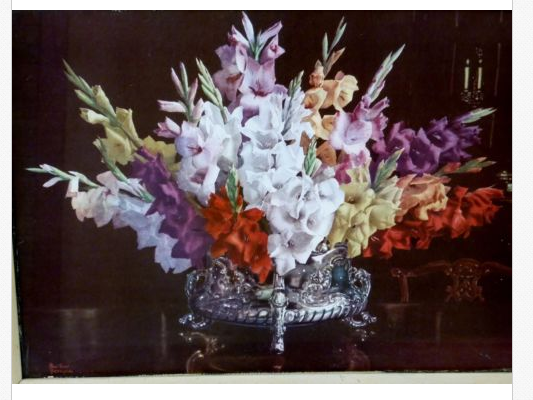 Vintage Framed Water Colour. PRINT. Gladioli in Silver Urn. Artist. Allan Thomas Bernaldo. $49.00. Offered for sale in 2017.
NOTE :  There is a discrepancy between the information provided by Allan T. Bernaldo in his autobiography “Recollections – A Lifetime with Water Colours”, published in 1976, and the information recorded on his “Application to Enlist in the Australian Imperial Force”, in World War I.

“Recollections – A Lifetime with Water Colours” by Allan Thomas Bernaldo.  Published in 1976.