Brighton technical school, Victoria, Australia.
Michael Burge OAM
1962 – 1965
A Message from Michael Burge
"Please find attached class Photo, 1964. I was at Brighton Tech from 1962  to 1965. Great education, friends, lots of mischief and ruff & tumble bouts (still nursing a cracked jaw but did pretty well over all). Great place to build resilience for boys. The girls tech was separated (not co-ed) at that time. However some of the older boys still managed to scale the fence to the girls tech, commando style risking life and limb. Hard to understand why they were prepared to take such risk??
​
With regards where I am in the photo, from the position of the observer of the photo I am in the front row sitting 5th boy right from the left of the photo or second left taller teacher."
​ 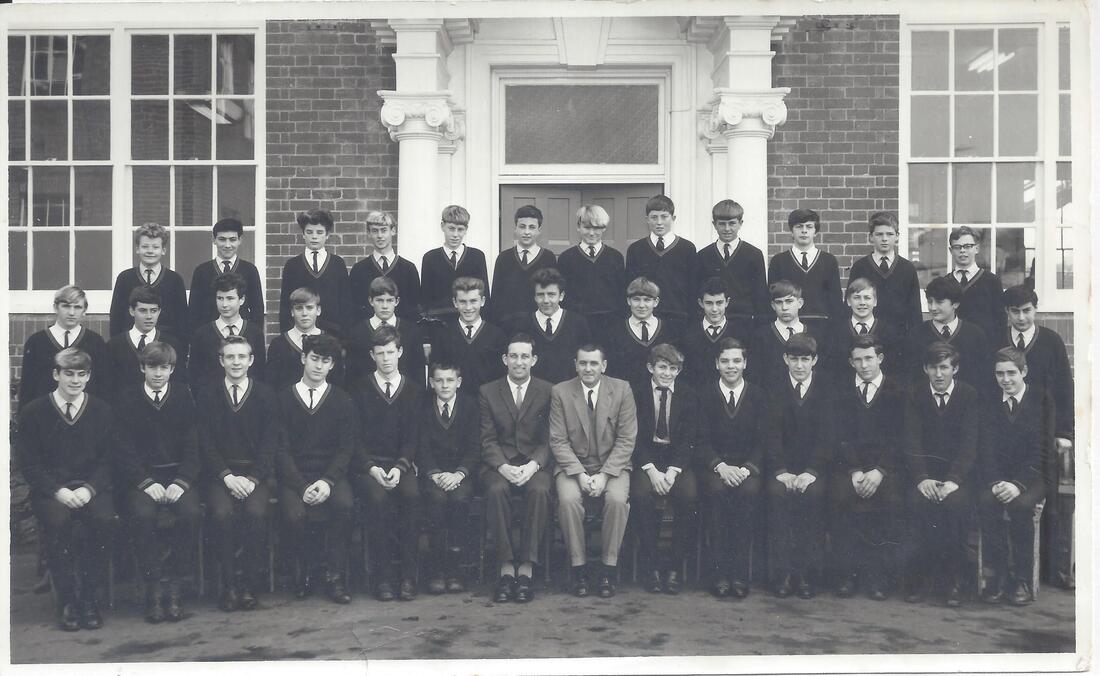 Michael Burge, is currently Director of the Australian College of Trauma Treatment, and has had over 30 years’ experience in psychology, counselling, education and training.
Michael has published and been Keynote, both nationally and internationally in the field of PTSD, with a particular focus on psychosocial issues.

He introduced PTSD treatment methods to most Melbourne Universities (as guest lecturer) and in 1993 introduced short course skill-based training for treatment of PTSD into Australia.

He was made a fellow of the Australian Psychological Society (APS) 2010 & Fellow of the College of Counselling Psychologists (APS).

In terms of interventions, Michael has provided extensive service (consultations, training & media) to the Australian Community and to the helping professions with regards to the treatment requirements of people suffering from Post-Traumatic Stress Disorder (PTSD), other Psychological conditions, corporate coaching and training and supervisor of corporate coaches from Melbourne Business School.

Michael has an extensive media profile and history presenting and co-hosting on television, radio and in the print. He has been a member of numerous Boards, Panels, advisory groups, professional committees and task forces.

Former member of the first Federal Government Multi-Cultural Task force in order to create community sensitivity for migrants integrating into Australia, during the 1980s.
Former recent candidate for the Lord Mayor of Melbourne with a focus on raising the health & wellbeing of the community.

Michael is former Director, Board of Directors, Australian Psychological Society (2012- 2015), and recent regular panel presenter for Leadership Victoria and a member of the Victor Perton leadership project.

Michael is former member of the Toward Healing panel regarding sexual abuse by the clergy of the Catholic Church.

Former contracted Assessor of complaints by survivors of sexual abuse against the clergy and other survivor programs; currently dealing with assisting survivors, families, and psychologist providers, following the Royal Commission into Institutionalized Child abuse.
Provides on going supervision and training to Clinical Psychologists on the issues of DID, PTSD, Complex PTSD and BPD.

Continues to provide Leadership training to personnel in Organizations with a particular focus on Corporate Psychopathy, mental health and organizational outcomes.