Albert was born in Sandringham and, prior to his death at the age of 15 years, resided at 13 Dreadnought Street, Sandringham.   He died on the 27th. October, 1945.

He enrolled at Brighton Technical School, Berwick Street, Brighton, at the beginning of 1943.   Albert King was an outstanding athlete, Junior Champion in 1944, and under 16 Champion in 1945, and also participated in the activities of the Sandringham Amateur Athletic Club. 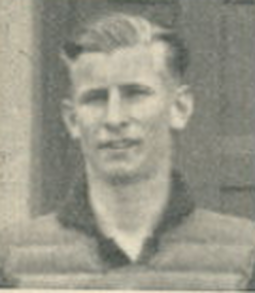 Albert Charles King. Photograph from the 1945 "Sea Spray", page 7.
As a member of the School baseball team he was very successful as a catcher and wielded a strong, vigorous bat.   During the latter half of the season he played with Elsternwick Baseball Club and showed very definite promise.   Albert was also a member of the School cricket team during 1944-45, his best score in that season being 67 n.o.   He was a very keen fieldsman and aggressive with the bat.

But, it was not in sport alone that Albert King showed qualities of leadership.   His housemates did him the high honour of electing him House Captain, and his classmates appointed him Vice-Captain of his section – tributes to his popularity and manly bearing.

Albert brought to his studies that determined application which made him so outstanding at sport, and his scholastic record is one of steady improvement from the time he entered the School until he won first place in his class at the mid-year examination in 1945.

The death of such a fine, apparently physically fit young person, at the age of 15 years, poses many questions left unanswered in the “Sea Spray” report.   An investigation into his “cause of death” revealed Albert died from Oedema of the lungs and Cerebral haemorrhage.   Were the forces that drove Albert in his sporting and academic pursuits too intense?

Further investigation into the lives of members of his family suggests that other family members may have had medical issues that led to their early deaths.

Of interest is the fact that when Arthur Victor King died in 1977, four of his eight children had predeceased him.   They were recorded on Arthur’s Death Certificate as follows :

The Death Certificate of Arthur Victor King also records that he married his wife, Amy Louisa Head, in Middlesex, England, when he was 20 years of age. 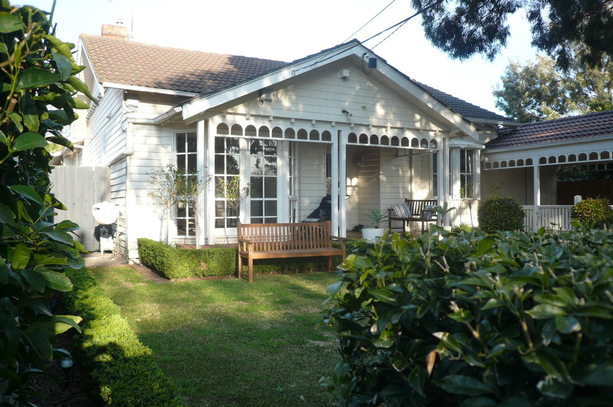 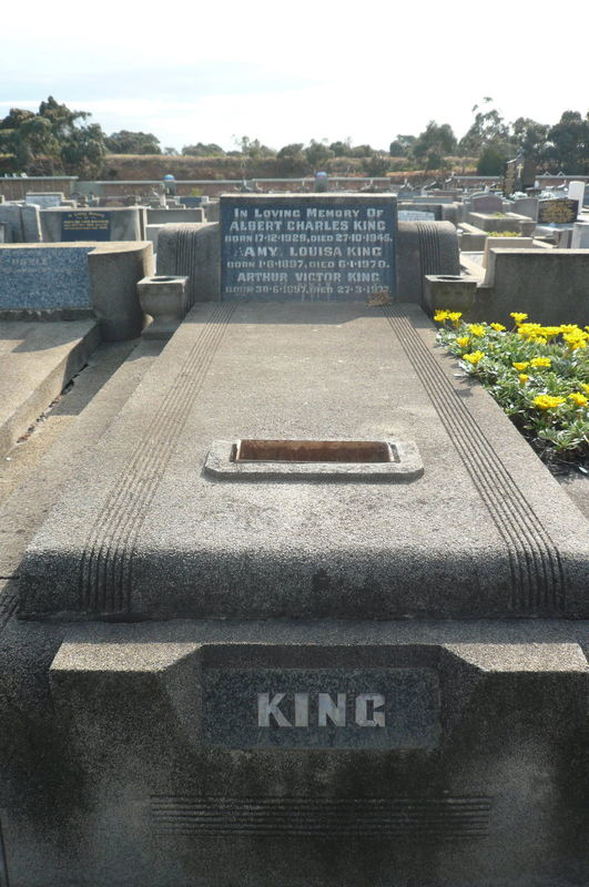