A student of Allan Thomas Bernaldo
at
Brighton Technical School
​​Joan was born to Henry and Edna Staindl in 1931.   At that time Joan’s father, Henry, owned an automotive business in Queensbury Street, North Melbourne.   After selling his business in 1937, Henry and his wife travelled to Europe and witnessed the rise of the Nazi Party, and the proliferation of swastika flags dominating the buildings in Germany.

Henry achieved his mission of purchasing a lathe and having it shipped back to his new automotive business in Black Rock, Victoria.   Both Henry and Edna arrived safely back in Australia before the outbreak of World War II in 1939.   Little did Henry know when he purchased his lathe in Europe that he, and his lathe, would play an important role in the production of parts for the Beaufort Bomber during the following six years of war.

During her parents’ European travels in 1937, Joan spent time as a boarder at ‘Our Lady of the Sea’ in Mornington, before being reunited with her family.
​
​When life in the Staindl family settled down once more the family moved into their new home at 316 Beach Road, Black Rock, next to Henry Staindl’s “Motor Service Station and General Engineers” business, situated at 315 Beach Road, Black Rock.

Joan attended “St. Joseph’s School”, 544 Balcombe Road, Black Rock for her primary education, then enrolled at “Star of the Sea”, 74 - 80 Martin Street, Gardenvale for her secondary education.   By the mid 1940s. Joan developed a love of art and decided to make art her career.   She attended Brighton Technical School Art Department in1947 where she studied under the notable water colourist, Allan Thomas Bernaldo. ​The 1947 Brighton Technical School Magazine “Sea Spray” featured Joan’s striking and artistic work on page 22. 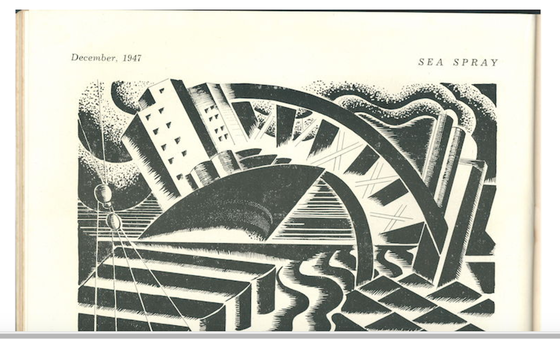 Design by Joan Staindl. The design shown in this issue consists of a number of symbols representing ships, bridges, water, smoke, human figures, etc. arranged to form an interesting distribution of shapes and tones. Brighton Technical School "Sea Spray" Magazine. December, 1947.
​When Joan finished her studies at Brighton Technical School, Allan Bernaldo recommended that she do further study in Commercial Art at Melbourne Technical College.   At the end of her study at Melbourne Technical College, Joan was employed as a Commercial Artist at the “Herald Sun Colour Gravure”, where she worked under the guidance of Lance Stirling, the head artist.​ 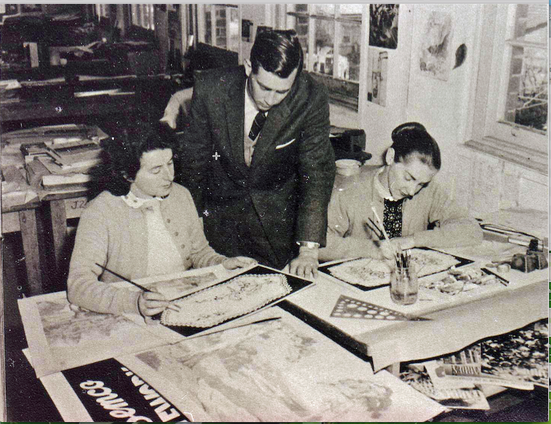 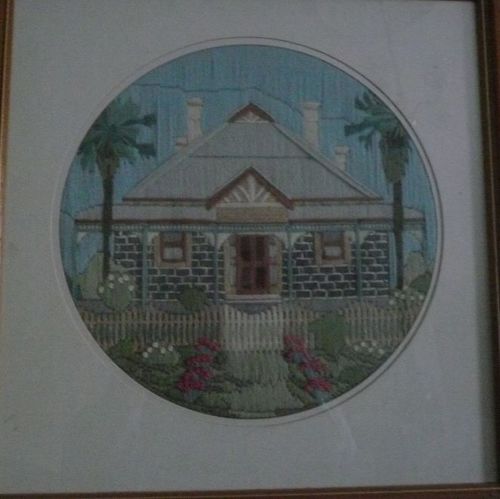 Joan’s knowledge of the skills required to execute the detailed needlework designs, and her ability as an artist, combined to make her a valuable and vital part of Semco’s commercial operations. 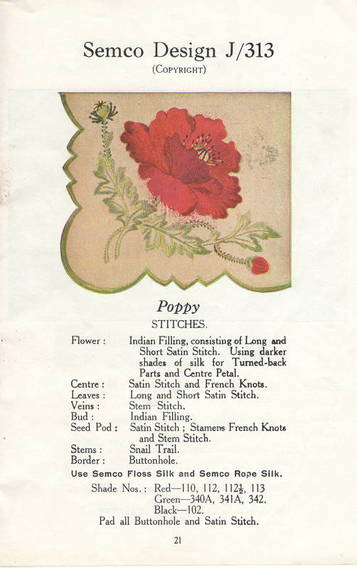 An example of the art needlework designs created by Joan Staindl at "Semco" Cheltenham Road, Black Rock, Victoria. "Semco" Art Needlework Instruction Book. Book No. 2. Fourth Edition. Price Sixpence.
​​Semco’s progressive management promoted policies which included paying the correct rates of pay, creating healthy and spacious working sites, and locating factories in areas with surrounding gardens.   The 6 ½ acres of superb lawns and gardens, and the recreation hall at Semco Park, were used extensively by the company’s employees.    Teams in basket-ball, tennis, cricket, hockey and swimming were organized by Semco for the benefit of the employees during lunch breaks and weekends. 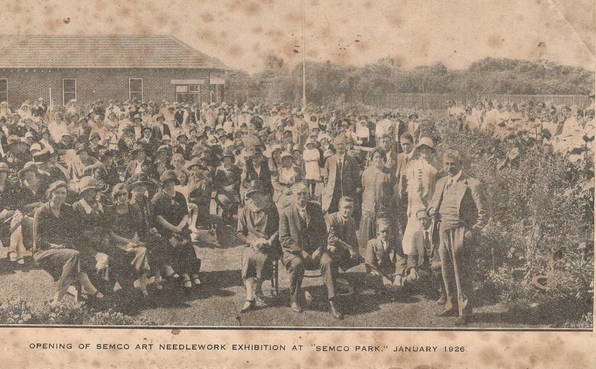 After relocating from Black Rock to George Street, Sandringham, Semco stayed in production until 1991, when it was taken over by the textile merchants Coates-Paton Pty. Ltd.   The Sandringham factory closed and the office moved to Mulgrave, while factory work shifted to Launceston in Tasmania, before moving to New Zealand.

Semco Garden, Recreation Hall and Staff, 1926. SEMCO ART NEEDLEWORK PTY LTD “Semco Park.” Cheltenham Road Black Rock (Victoria). Office, Factory and Despatch Department : Telephone X6911, X6912. Showroom : 533 Collins Street, Melbourne : Telephone, Central 10233.
​When Joan Couzoff retired from Semco Art Needlework Pty. Ltd. she joined the volunteers in the conservation movement in the City of Bayside.   For many years she was the Convenor of the Friends of Balcombe Park, in Balcombe Road, Black Rock.   Joan and her colleagues planted out young native plants which regenerated the area, removed weeds and attended to the general maintenance of the park.   In 2017 Joan Couzoff is still contributing to the welfare of native birds and conservation of the environment.