Brighton technical school, Victoria, Australia.
Remembering Mrs Shirley Steinwedel
Many of you will remember the kindly face of Mrs Steinwedel, who started to work in our school office when we were in Year 10.

Shirley Steinwedel took over running the school office when Jean Gardiner left at the end of 1959. She ran it with Mrs Fawns (wife of Rod Fawns in metalwork) in 1960 and 1961, then with Miss Anne Dumble from 1962 until at least 1964. She came to Highett High after working at Prahran Technical School and Brighton Technical School.

For 20 years, including her period at Highett High School, Shirley lived in Orlando Street, Hampton, moving to Abbott St Sandringham in 1972. We are not sure where she lived after that.

In addition to her work at Highett High School, Shirley was a long time Treasurer of the Hampton Life Saving Club, and supporter/volunteer for the Richmond Football Club. ‘Go Tigers!’ In her retirement she was a keen croquet player. 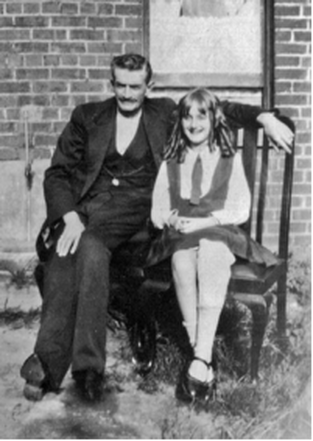 ​Shirley with her beloved father Will Bidwell, who was Secretary of the
​Bendigo Football League, circa 1927. 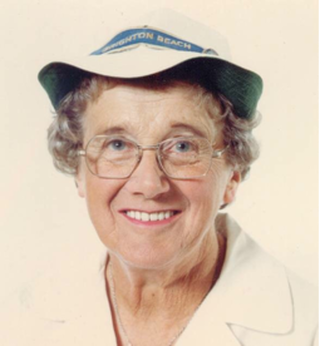 Shirley was a keen croquet player.
With thanks to David Kilpatrick, who complied this information in consultation with Shirley's son Ross,
​who lives on the Gold Coast.
In October, 2020, contact was again made with Ross Steinwedel, the son of Shirley Steinwedel, who sent further particulars relating to his mother's life story.
​
"Mum died on 2 July 2020, aged 86, coincidently the day her great grandson Tyler was born.
​
While I attended Hampton High School 1955-1959 my mother worked at Brighton Technical School.  Interestingly I fondly remember being bussed from Hampton High to Brighton Tech. to see the marvellous displays of student work during Education Week.